In a recent article published in Economic Times, there has been observed a hike in circle rates in Gurgaon. Let’s dive deep into the actual updates. For more such updates follow our blogs to know what’s happening in Gurgaon real estate.

Homebuyers who want to take advantage of the market's widespread flatness by purchasing homes in the city's elite condominiums will need to lay up larger money.

The government has authorized a hike in circular rates for this year, making property registration more expensive in the regions where the city's most new housing is available. Circle rates in areas adjacent to the Southern Peripheral Road (SPR), Golf Course Road, and Dwarka Expressway have increased by up to 25% as a result of the adjustment. Commercial sector circle rates, on the other hand, remained constant. Circle rates are the lowest government-defined pricing at which a plot, built-up home, apartment, commercial property, or land can be sold or transferred. This is the lowest price at which the property may be registered. This is also used to calculate stamp duty and registration fees on a property.

The circular rate for land has increased by Rs 6,000 per square yard in sectors along the SPR, the most notable of which are 58 to 65, which are closest to the Golf Course Road and till the Rapid Metro corridor. In certain places, the new circular charge is Rs 36,000 per sq yard. The tariffs at DLF 2 have been raised from Rs 77,000 to Rs 85,000 per square yard.

Gurugram saw the highest increase in circle rates, at 66 percent, followed by Manesar (38 percent), and Wazirabad (5-10 percent). Circle prices for other multi-story group housing and builder floors have increased the most in Manesar (30-40%), followed by 10-20% in Gurugram tehsil (which corresponds to a Rs 500 per square foot increase for flats) and 10-15% in Badshapur.

What do developers have to say about the hike of the circle rate?

The move to hike the circular rate, according to Saransh Trehan, managing director of Trehan Group, will place an extra burden on potential purchasers in the form of greater stamp duty for property registration. "Especially during the epidemic, this should have been prevented," he added.

"Higher acquisition expenses resulting by higher circle rates will affect sentiments," said Pradeep Aggarwal, chairman of Signature Global. "An objective market evaluation of property values is urgently needed," he stated, "but the technique of calculating circle rates has to be revised in order to more correctly represent market rates."

According to a recent survey by a property portal, housing sales in all Indian markets, particularly in the NCR, had nearly recovered to pre-Covid levels, but average listing prices of residential apartments had remained flat, indicating that the flatness in prices was luring more buyers into investment as the economy recovered from the pandemic. According to the poll, the price of residential plots increased, particularly in the Gurugram and Sohna markets, as well as several places along the Dwarka Expressway. According to another poll, Delhi-NCR cities added 31,710 new units in 2021, compared to 18,530 units in 2020, a considerable increase of 71 percent.

Benefits of purchasing a house with modular addons 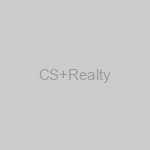